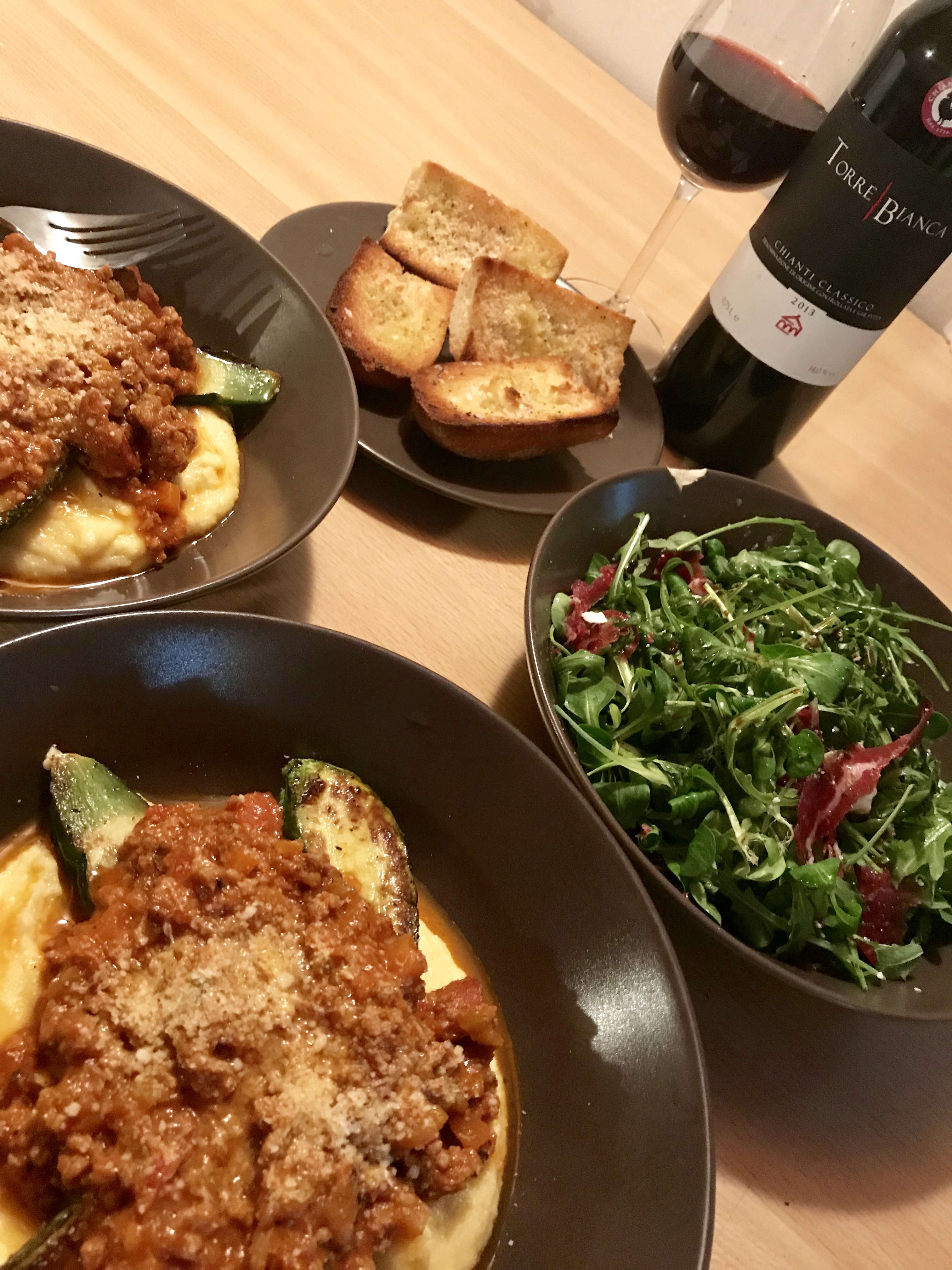 I feel a calling to post this recipe because I firmly believe this is one of the best things I’ve ever made. Not because I have magic bolognese hands, or because I did anything profound to make it delicious, just because bolognese. is. everything. It’s simple, simple enough that I feel comfortable sharing the recipe with full faith that someone can recreate it with similar results. After I made this sauce, I put the leftovers away and thought about them all night. I could smell the scent left in our apartment from dinner while I slept and I thought about it longingly until I woke up and secretly ate it straight from the refrigerator. I ate it on polenta, zucchini, pasta, dipped a chip into it, ate it with a spoon, and it never got old. I felt a slight depression when we finally ran out of our bolognese supply.

Like anything in Italy, this recipe has a deep cultural history and specific qualifications that classify it as “bolognese,” and like anything I’ve eaten or cooked during this travel adventure, I did my thorough research to make sure I was doing this dish justice. Bolognese originated in the town of Bologna, go figure. It is a type of ragù (an Italian sauce that has different variations depending on the region of Italy you are in), and if we’re getting technical here, Ragù alla Bolognese even has a specific recipe that is kept at the Bologna Chamber of Commerce, and should be made according to this recipe in order to technically be called “Ragù alla Bolognese.” Much like the technical specifications for a “Traditional Neopolitan Pizza” that I talked about in my previous post, these guidelines were not officiated until 1982. Bolognese dates back to the 15th century, and every family in Bologna has their own secret family recipe and very strong opinions on what should and should not be included in the recipe. The official 1982 recipe, though a good one to adapt from, is not the only way to make this sauce. The more I researched the differences, the more inconsistencies I found, and the less I became concerned with sticking 100% to the guidelines. Although, if you peek at the official recipe, the one I shared today is not far off. The end result: really addicting meat sauce that you’ll dream about until you make it again.

Recipe variations include red vs. white wine, butter vs. evoo, tomato sauce vs. tomato paste, and differences in which types meat to use. The other specifics that should be noted is that bolognese in general is technically considered a meat sauce, not a tomato sauce. And the kicker, this sauce contains milk- whole milk to be exact. This is where there are no arguments. Bolognese is not bolognese until the whole milk is added.

I do want to start with a disclaimer: produce, meat, and basically everything edible in Italy is just better than the US. I feel like this might be a factor in why this was the most magical meat sauce I’ve ever created. At home, it takes a little more effort to gather these good quality ingredients in order to let this bolognese live up to it’s full potential. Remember, the better the ingredients you use, the better the final product will taste. It’s just how it is. Luckily, this recipe is simple and it shouldn’t be difficult to source these ingredients. The important ones are the meat (Pancetta is not bacon, find pancetta. Use the best ground beef and ground pork you can afford), canned tomato purée (try to find tomatoes from San Marzano), wine (Use a dry white wine from Italy), 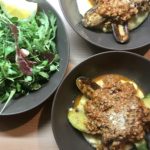 This is the ultimate put it on top of everything or just eat it by the spoonful sauce. It is a meat sauce, not a tomato sauce, so don't overdo it with the tomato sauce. There are 1000s of variations of this recipe online, and it was fun to gain inspiration from all of them. Traditional bolognese is very simple, and in my opinion, the simpler the better. If you don't have thyme, don't use it. It's technically not included in traditional bolognese, I just had extra from a previous recipe and included it in my sauce. Bay leaves are commonly used in traditional recipes, so if you have some, toss 2 or 3 in when you put the tomatoes in. If you don't have white wine, use red wine. No matter what, don't skip the whole milk. This is what makes this sauce. Use good quality ingredients and let them shine. The longer this sauce cooks, the better it gets, so practice patience! Start this sauce in the afternoon and let it simmer until it's time to serve for dinner.

I served my bolognese with creamy polenta and zucchini, as we needed a break from the massive amounts of pasta we were consuming.  Polenta is a very common way to eat it in Bologna, and I personally love it served this way. However, the most popular serving method is on top of tagliatelle with a sprinkle of parmesan. Again, Italians have specific rules for how this sauce should be served, and using spaghetti noodles is a big no no, but it's so good, you can put it on anything and it will be delicious.