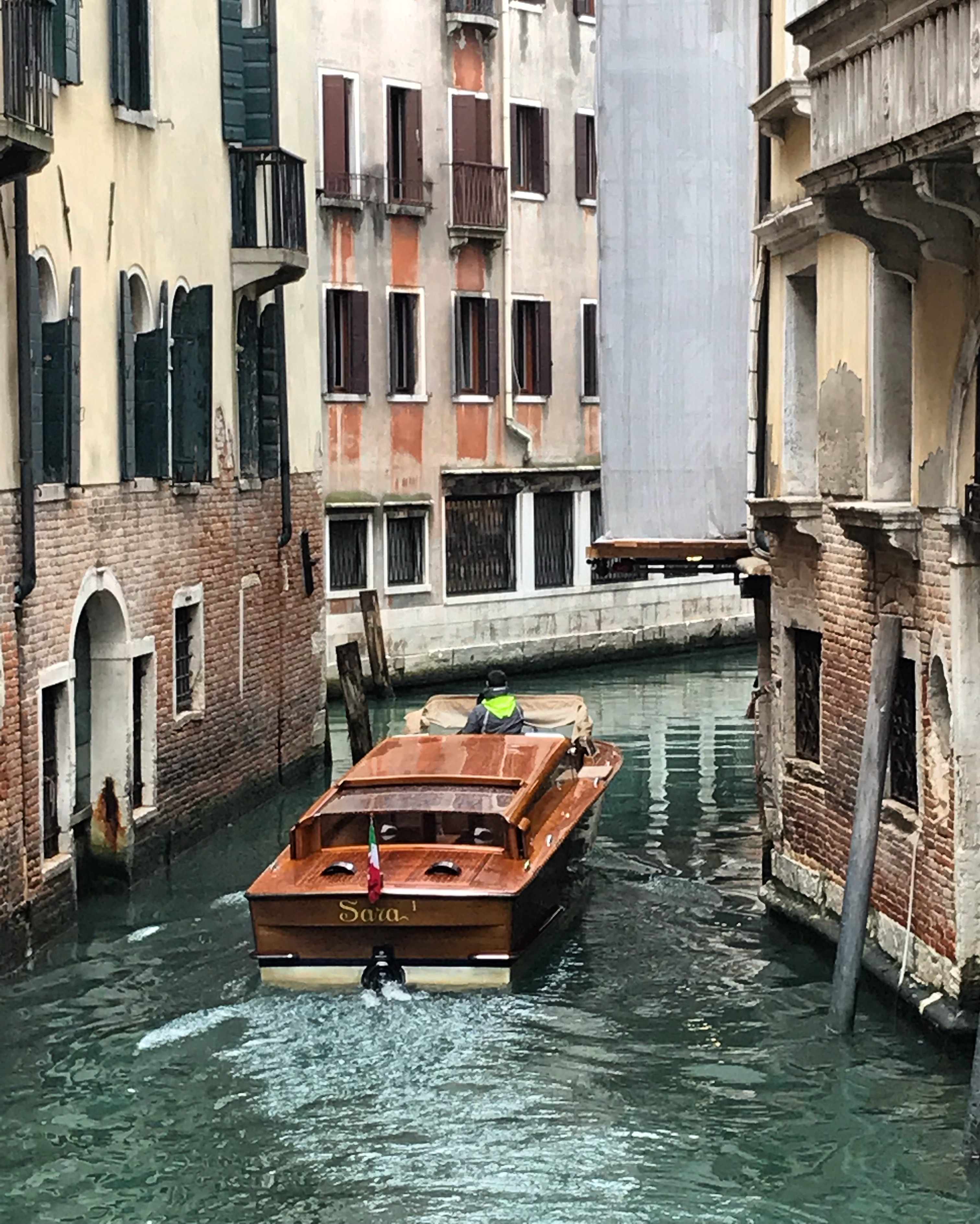 When Chris suggested Venice as a birthday weekend getaway, I had one of those “pinch me” moments, mostly because I hadn’t even remembered that I had a birthday coming up. It’s hard to remember the day of the week, let alone the date, when you’re fun-employed and already living your best life in Italy. He was set on making this the perfect weekend for me, and exploring the romantic city that is Venice is as dreamy as it could get. When I reached out to the social media world for recommendations in this city, everyone responded, in the nicest way possible, with “get lost.” Best advice ever. 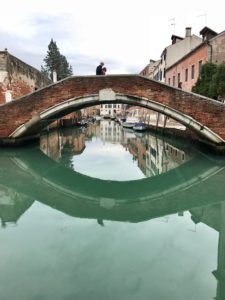 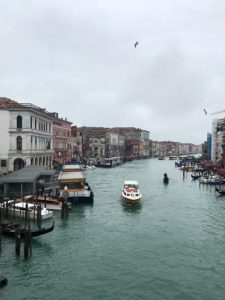 We arrived in Venice in the afternoon, & dropped our things at the quaint boutique Hotel Canaletto, complete with pink walled rooms and blown glass from floor to ceiling. We took the recommendation of our concierge for a lunch spot, and they did not steer us wrong. Sometimes, trusting the judgement of someone else rather than toiling over finding the perfect spot for a meal just works out. It seems to be this way in Italy, though I still try to fight it with my obsessive google searches. We were so hungry, we b-lined for Trattoria Alla Scala without any frantic internet searching, and my meal was so good I almost sat through to dinner to eat it again. We were one of two couples dining, and I immediately began judging based on the quiet vibes of this place. They proved me wrong as soon as my crab tagliatelle came dancing through the dining room, a dish that would have turned heads if there was anyone else in the restaurant. Immediately, Chris knew I had won this order battle. Does anyone else compete for the perfect order with their significant other? It’s a good thing we’re good sharers, because I was happy to share the wealth, as long as I got credit for picking the winning dish. His spaghetti and clams was awesome, don’t get me wrong, but my plate- complete with the crab shell cupping the beautifully golden pasta falling out like a waterfall of flavor- was the true champion. It was buttery and rich, with the perfect scent of seafood and plenty of crab for every bite.

We spent the rest of the afternoon, exploring in the rain, and getting lost in Venice. We did not take a gondola ride, because as beautiful as it looked, it was cold and rainy. The last thing we wanted to do was pay a bunch of money to have an angry wet Italian man push us around in the freezing cold, while we pretended to love the experience. So, we did the next best thing: laughed at the miserable gondola rides from the top of a bridge and sought shelter from the rain with aperitivo. A lot of aperitivo. 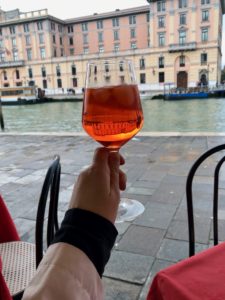 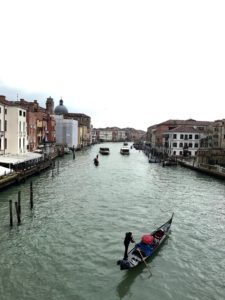 We drank the afternoon, and the rain, away until it was dinner time. Long story short on this dinner: we didn’t book a reservation (again) like big dummies, but they were able to seat us outside. After over 10miles of walking that day, we were not ready to dig on the internet for another restaurant, so we took the outside table with the promise that if a spot inside opened up, we could move. We never moved, but plenty of Italian walk-ins were sat inside. It’s ok, Italians are allowed to have privilege on their own turf. Venice is practically an entire city of tourists, and the rarity of finding locals is probably something that businesses in the area crave. We sat (briefly, before they were moved inside) with a local Venetian couple that were both born and raised down the street from the restaurant. They were probably the only locals we interacted with during this trip, and it was refreshing. Once they moved inside because it was just too cold for them to stand, we wrapped our scarves tighter and ate as fast as we could before our meal was chilled. We sat outside in that 40 degree weather like champs and ate our good, but nothing spectacular dinner. The fish was fresh, the bread was good (better than Florence’s saltless loaves!), and I honestly don’t remember what else we ate because I was focusing on keeping my hands warm! On the plus side, our bottle of wine was perfectly chilled throughout the entire meal. 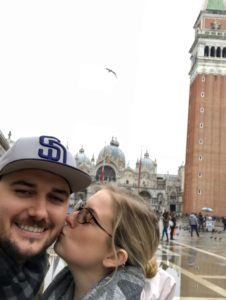 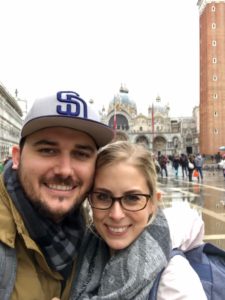 We spend the rest of the evening in a jazz bar with some great company, and even better decor, but the best part of all: they had our whiskey. We finished their bottle, pretended to understand and watch rugby with an old Welch couple, and stumbled home way past our bedtimes. It was also St. Patrick’s day, which never fails as a birthday eve pregame. 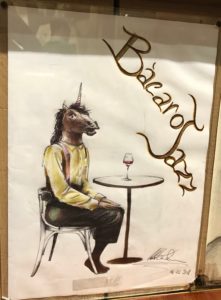 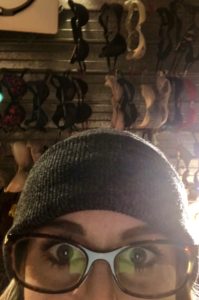 Though I have eaten at some pretty spectacular restaurants in my life, surprisingly, I have never had the opportunity to dine at a Michelin starred restaurant. This was the main event for the weekend. My birthday treat, and it was an awesome experience, thanks to my thoughtful hubby. We dined at Il Ridotto, a small 9 table restaurant that has been around for 11 years, and earning a Michelin star since 2013. We enjoyed their lunch tasting menu, not only a great value, but a great “first experience” vibe that allowed us to dress casual and feel relaxed throughout the entire meal. The meal started with 3 “tapas” as they called it: beef tartare, a seared scallop, and clams with a squash puree. For our entrees, Chris had beef cheek and veggies, and I had the cod with smoked lentils and baccala mantecato, a Venetian specialty consisting of whipped salted cod. We ended with a dessert that I don’t recall the name of, but it was delicious and tasted of coffee and chocolate and matcha. This meal was excellent. Was it the best tasting food I’ve ever had? No. I can’t find one thing about it that I disliked, but it was not mind blowing. The service was impeccable, the flow of the meal was flawless, and the company was the best part of all. I am curious to try more Michelin restaurants to see if the service is the constant star, which I think is a given, but I’d like the food to blow me away as well. I think I’ll make it a goal to test this theory at one more Michelin restaurant before we head home. Just for research purposes, obviously. Thanks to Venice for being the most gorgeous backdrop for our romantic getaway, and to my sweet as can be husband who somehow still likes me after being attached at the hip for this long. This was the best birthday weekend ever. 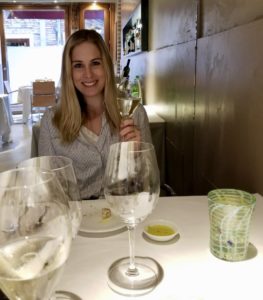 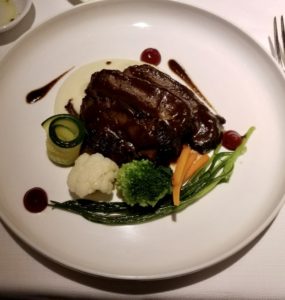 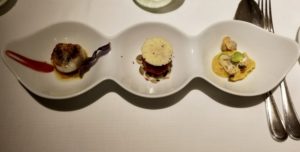